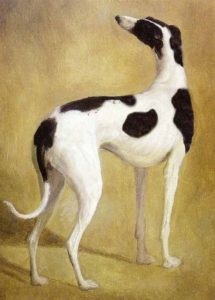 Greyhounds throughout history have been treasured by their owners as companions and objects of beauty. Greyhounds were often owned by royalty and noblemen, housed in the manor and treated as one of the family.
Artists have been depicting the Greyhound for thousands of years. In ancient Egypt, a breed similar to the modern Greyhound appeared in tomb paintings, sculptures and Books of the Dead. Families mourned the death of a favorite Greyhound. They mummified their remains and buried them in their own tombs.
Greyhounds in ancient Greece and Rome were also treated with reverence and were frequently depicted in art. Gods in all three cultures were portrayed with greyhounds -- Anubis in Egypt is sometimes interpreted as part man, part hound. The Greek Gods Hecate, Pollux, and Artemis all had Greyhounds as companions. In Rome, Diana was just one of the many gods who was portrayed with greyhounds. During the Renaissance, the Greyhound was painted by Albrect Dürer and Piero de la Francesca, appearing alongside saints. Erté’s art deco Greyhound is perhaps the best known modern depiction of a Greyhound.

Greyhounds come in a variety of colors, but grey isn’t one of their more common colors. The root word comes from the Germanic "gaze hound" or sight hound because Greyhounds hunt by sight, not by smell. At some point "gaze hound" began to be pronounced as Greyhound.

Check out more "animals in art" on our Pinterest board
Hand-picked images of dogs and cats spanning every culture, continent, and era. Check out our other pins at AirportAnimHosp on Pinterest too!

Gallery of Greyhounds in Art 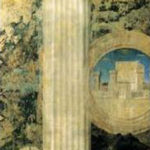 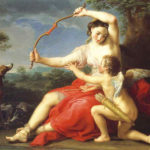 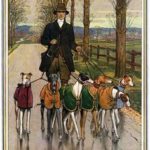 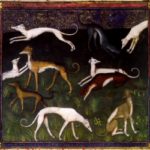 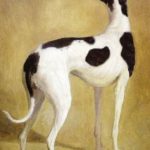 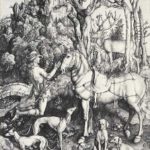 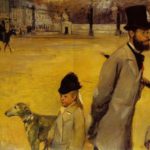 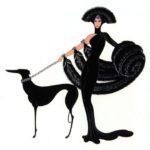 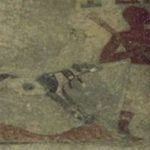 Wow, yesterday was my first time at this vet. I am so pleased by the professionalism. The front desk attendants are nice and pleasant….

My 9 year old shih tzu has gone to this clinic since he was 2 months old. Prices are reasonable. Dr. Cuesta  and staff…

I want to let everyone in the Toledo area know that Dr, Gussett and his staff are wonderful!!!! I read the reviews on here…

I went in for the time, the care given to my dog was unbelievable compared to the other clinic I have been going to…

If you are looking for a compassionate, loving, caring vet for your fur baby, look no further! Dr. Cuesta is a kind and caring…

It’s the only place we take our furkids. The head veteranarian is incredibly thorough and very caring, and you know he’s been applying his…

I love coming here with my animals! They are all very helpful, and the doc is willing to listen to all of my questions…

Loved the place and the people. Doc was very informative. I appreciate their kindness, I was a walk-in but they were prompt about helping…

No one is perfect but he listens and he gives you sound advice. I can tell he cares. Yes it can get busy in…

I took my older dog for shots, lab work and eventually surgery. He was very efficient and thorough. I would highly recommend his services.

LOVE LOVE LOVE Airport Animal Hospital! Very knowledgeable staff and very caring! As a kid my Mom took our pets there, and now that…

Been to many vets over the years but have never found a more caring, compassionate and knowledgeable staff. Would highly recommend to all.

Dr. Cuesta and staff are professional, caring and patient. Dr. Cuesta took time to educate me about good nutrition for my Sasha, and about…

Dr Cuesta is very friendly and thorough. I definitely recommend!

Most fantastic staff, did an amazing job with my extreme flat face Persian cat, highly recommend this animal hospital to anyone who loves their…

Thanks Dr. Cuesta for taking your time with Peaches. Getting on the floor to calm her. The staff is friendly and the room was…

I never thought that I would be taking care of a wonderful rescue dog but I am. When u have a pet seems like…

Used them while growing up and used to work there. Great docs and great techs.

Very efficient and very friendly. They called back the day after to check on our cat. Very satisfied with their service!

Fantastic service from the staff and Dr. Cuesta. Would highly recommend.

The entire staff is simply wonderful! They are all so personable and knowledgeable. The vet is the best around and always makes my pup…

Dr. Cuesta and his staff are so pleasant, friendly, caring and knowledgeable. I would highly recommend them.

Love the staff ladies! Dr. Cuesta is an awesome vet!

Awesome doctor and awesome little Animal House Hospital. Been going here for over 20 years still worth the drive across town.

I have always been very happy with our experiences. This isn’t the fancy clinic with fountains and a new office, but you receive quality…

Our old Max is on the mend. He is 14 and still going .. Thank-you Dr. Cuesta for giving him great care !!

Very friendly and caring. Would recommend to anyone!

I love coming here with my animals! They are all very helpful, and the doc is willing to listen to all of my questions…

They treat you like family.. Dr is always willing to explain everything in detail and in different ways to make sure you understand. Plenty…

The vet is knowledgeable, and the staff is great. I’ve been going to them for the last seven years, I wouldn’t go anywhere else.

We have been seeing this vet for years. He is very helpful and knowledgeable. He and his staff seem to genuinely care about the…

LOVE Dr Cuesta, I couldn’t imagine bringing my pups anywhere else. He always takes time to answer any and all questions I have! I…

They care about your four legged family member.